First Reading
Isaiah 2:1-5
Isaiah describes his vision in which all nations are gathered together by God in peace.

Second Reading
Romans 13:11-14
Be prepared, salvation is near.

Background on the Gospel Reading

Today is the first Sunday of Advent, which is also the first Sunday of a new liturgical year for the Church. The Advent season includes the four Sundays that precede Christmas. It is a time of preparation for the coming of the Lord. In this season, we recall two central elements of our faith: the final coming of the Lord in glory and the incarnation of the Lord in the birth of Jesus. Key themes of the Advent season are watchful waiting, preparation, and justice.

In this new liturgical year, the Gospel of Matthew will be the primary Gospel proclaimed (Lectionary Cycle A). In today’s Gospel, we hear Jesus speak about the need for wakefulness, for watchful waiting, for the coming of the Son of Man.

Matthew’s Gospel is dated by most scholars after 70 A.D. Most believe that Matthew wrote for a primarily Jewish community, but one that was no longer centered on the Temple in Jerusalem. These were Jewish Christians trying to come to terms with their relationship to Judaism in a new situation: Judaism after the destruction of the Temple in Jerusalem. There may have been Christians who believed that the events of the world around them gave evidence of the imminent return of the Lord in glory.

The passage from Matthew we read today is rather straightforward. No one knows the precise time of the coming of the Lord in glory, so watchful waiting and vigilance are required. The passage speaks to the uselessness of looking for signs; there will be none. As a thief sneaks in during the night, so will the Lord’s coming in glory be.

The question for us as members of the Christian community, then, is how do we prepare for this? Today’s passage speaks more about the manner of waiting, rather than the details of the preparation. Jesus compares the vigilance required of Christians to the vigilance of a homeowner who knows the plans of the thief. If one knows that the thief’s action is imminent, one remains watchful. As Christians, we know that our Lord is coming even if we cannot know the precise timing. Jesus calls us to be watchful and vigilant, like the homeowner. If we become lax in our Christian living, we may be caught unprepared.

Read together today’s Gospel reading. As a family, talk about what it means to be ready for the day of the Lord. One of the roles of the family, the domestic church, is to be a school of faith leading one another to salvation. Reflect together as a family on how your family helps one another to be better Christians. Commit to one thing that your family will do this Advent season to help one another be better Christians. You might choose to write this commitment down and post it in a prominent place in your home, perhaps near your family’s Advent wreath.

1. Does the Catholic version of the Bible differ from Protestant versions?

Yes, in many ways.

2. What is the most noticeable difference?

The most noticeable difference is the absence of seven whole books and parts of two others from the Protestant versions.

3. What books are not contained in the Protestant version?

4. Why are the Deutero-Canonical Books Omitted by Protestants?

Because the Protestant versions of the Bible follow the late Palestinian version of the Bible, which also omits these books (See lesson 8).

5. Name another difference between the Catholic and Protestant versions.

Many important arbitrary changes are found in the texts of the Protestant Bible. According to some scholars, the most popular Protestant Bibles have literally hundreds of mistranslations, additions and omissions.

6. To what do such changes of text lead?

They lead to an entirely different interpretation from the one intended by the Sacred Writer.

7. Give an example of this change of text.

8. Why were the Reformers so anxious to change texts?

They were anxious to change texts to give force to the particular doctrine of their choice.

9. Should that behavior of the Reformers raise some questions in our mind?

10. Name other differences between the King James version and the Douay version.

The King James version has a preference for words of Anglo-Saxon origin whereas the Douay version freely uses words of Latin origin. The Douay version latinizes the name of some books while the King James gives what they thought at the time to be the Hebrew name. Many Protestant versions other than King James omit the Epistle of St. James. 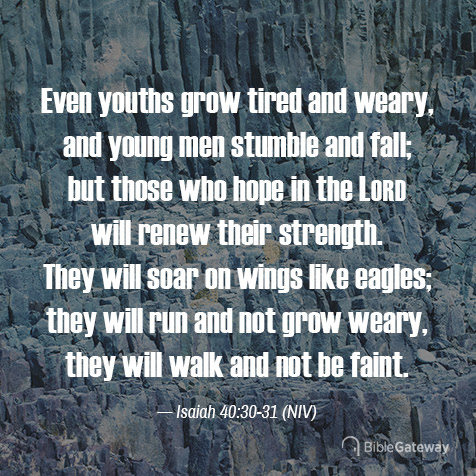 1. Are we under any obligation to read the Bible?

We are under no obligation to read the Bible.

2. Are Catholics forbidden to read the Bible?

By no means; on the contrary, all Catholics are urged to read the Bible.

3. Besides ordinary benefits, what do those gain who read portions of the Bible every day?

“A partial indulgence is granted to the faithful, who with the veneration due to the divine word make a spiritual reading from Sacred Scripture. A plenary indulgence is granted, if this reading is continued for at least one half an hour.” (Enchiridion of Indulgences. Authorized English edition. 1969. Catholic Book Publishers. New York. Page 68. # 50)

4. Is the Bible ever read for Catholics?

During every single Mass of every single day, portions of one of the Gospels and of some other book of the Bible, often the Epistles, are read. Many of the prayers of the Missal come from the Bible.

5. Who is bound to read the Bible daily?

All those who have received Major Orders, and those belonging to certain orders of monks or nuns, are bound to read parts of the Bible daily.

6. What is such reading called?

It is called “saying the Holy Office” or “reciting the Breviary.”

7. What portions of the Bible are read by those who are bound to it?

8. Is the reading of the Bible profitable?

The reading of the Bible is most profitable, for such readings elevate our thoughts and lift them nearer to God.

9. In what spirit should the Bible be read?

It should be read in the spirit in which it was written, i.e., not out of idle curiosity or for the sake of the language and literature, but humbly and devoutly, for instruction and enlightenment.

10. May Catholics read any version of the Bible they choose?

No; Catholics are forbidden to read false versions, just as they are forbidden to read bad books. The same principle is to be applied by analogy to many so-called “Modern Catholic” versions of the Bible because they depart considerably from the only official Bible of the Church, which is the Vulgate, and they were written with a Modernist and Ecumenical motivation, more aimed at pacifying Protestants than for the edification of the Catholic faithful.

11. How is the Bible read most profitably?

Either under a professor’s guidance or with the aid of a reliable commentary. 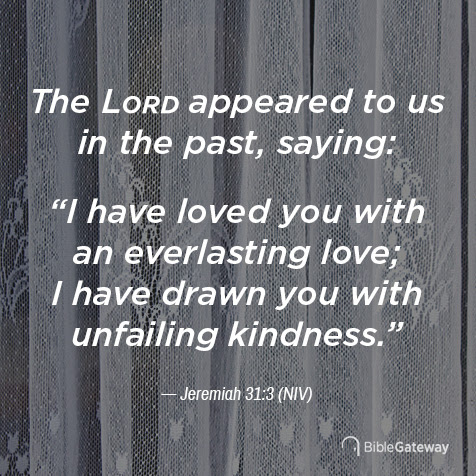 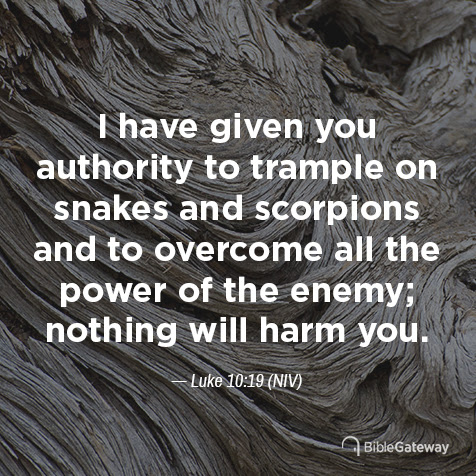 1. Is the meaning of the Bible so clear that anyone reading it, can readily understand it?

The Bible is by no means so easily understood: St. Peter himself tells us that it contains many things: “… hard to be understood …” (II Pet. III,16).

2. Whom do we have to interpret the Bible for us?

The Catholic Church interprets the Bible for us.

3. Is it natural that we should have a guide in interpreting the Bible?

4. So the Church cannot make mistakes in interpreting the Bible?

No, for she is under the guidance of the Holy Ghost.

5. How does that guidance manifest itself?

Through Tradition, the teachings of the Fathers, the Doctors of the Church, and of learned men.

6. Do Protestants acknowledge the interpretation of the Church or of any other authority?

No; Protestants hold that anyone who reads the Bible in the proper spirit will be guided by the Holy Ghost in interpretation.

7. Is this belief of Protestants a sensible one?

No; it is against the Bible, against Tradition, against reason.

8. How is it against reason?

9. How is it against Tradition?

The constant Tradition of the Church since Apostolic times is that the proper interpretation of the Word of God belongs to the Church founded by Him, i.e., the Catholic Church; and as St Paul tells us, we have to: “… stand fast: and hold the traditions which you have learned, whether by word, or by our epistle. …” (II Thes. II, 14).

St. Peter warns us that in the Bible, there are: “… things hard to be understood, which the unlearned and the unstable wrest, as they do also the other scriptures, to their own destruction. …” (II Pet. III,16). Now, if the Holy Ghost was inspiring personally, every individual reader of Scripture, what St Peter tells us would be impossible, because obviously, no one can read the Bible for their own destruction, and be inspired by the Holy Ghost at the same time. Since it is certain that St Peter was inspired by the Holy Ghost when he wrote that, it means that there is no personal inspiration from the Holy Ghost while reading the Bible; and that this Protestant belief cannot be true, since it contradicts the Bible.

11. Is the accusation that Catholics have no freedom of interpretation in biblical matters true?

In a material or literal sense, it is true, exactly as in any well-regulated society, nobody has the “freedom” to kill, maim, and loot. In a spiritual sense, it is quite the opposite, for St. John reminds us that: “… the truth shall make you free …” (Jn. VIII, 32), and thanks to the vigilance of the Church, Catholics do enjoy freedom from error, which cannot be the case with the Protestants. 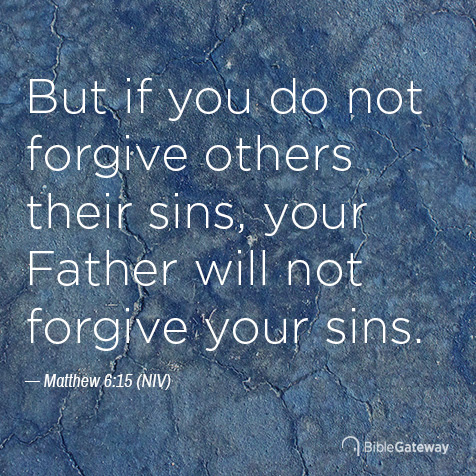 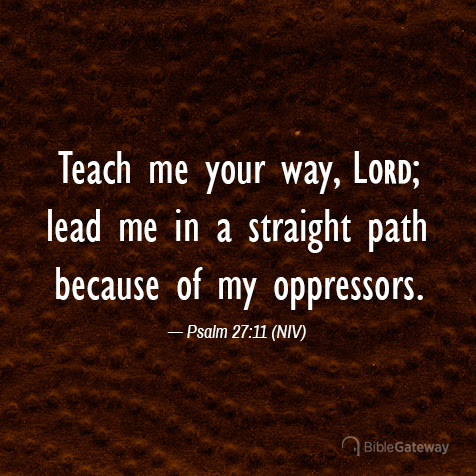